The Courville Property lies within the township bearing the same name. The township is located in NTS 32C/06 in the Vallée-de-l’Or county municipality. The nearest towns are Barraute, observed some 18km to the west and Val-d’Or lying some 32km to the southwest. It is located less than 500 km to the northwest of Montréal just north of Pascalis Lake.

The property, which consists of two distinct claim blocks, is easily accessible through a well-maintained gravel road and can be worked year-round with no constraints. The main gold mineralization is found on the northwestern claim block.

Opus One Gold owns a 100% interest in the project

The property underwent three phases of exploration, the earliest being in the 1940’s, followed by a brief revival in the 1960’s and finally almost continuously from the 1980’s until now. Over the years, the property was explored with no less than 250 diamond drill holes leading to the discovery of 4 main zones.

Zone “A” forms the core and main target of the current property and was explored through a series of diamond drill holes and surface mechanical stripping. Cyanadation tests were performed using the remaining fraction of the core from diamond drilling programs prior to 1990. Finally, a resource calculation was attempted on the numerous veins to outline the potential of Zone “A.

The claims cover mafic volcanic rocks of the Assup Group affected by Manneville Deformation Corridor and proximal to a large intrusive mass designated as the Pascalis – Tiblemont Batholith.

The property is centered on a well-established and explored gold target consisting in a tight network of gold-bearing quartz veins associated with felsic intrusive dykes within intermediate volcanic rocks.

Gold occurs in a stockwork of quartz veins that generally grade between 1 and 7 g/t Au with occasional high-grade values and widths ranging between 0.1 and 1.5 metres (apparent dip). At surface, N-S trending, sub vertical quartz veins carrying minor amount of pyrite appear to dominate the mineralized area.

There is not a single gold-bearing structure but a series of more or less en échelon veins forming a complex network but each of limited extent. None of the veins discovered thus far appear large enough to warrant development. The vein density and grade of the individual veins is not high enough to consider the bulk mining of the deposit at present. The overall abundance of quartz vein is a good indication that the area was subjected to brittle fracturing perpendicular to the main deformation direction. The potential now lies in the discovery of a major fracture that could in itself justify development. 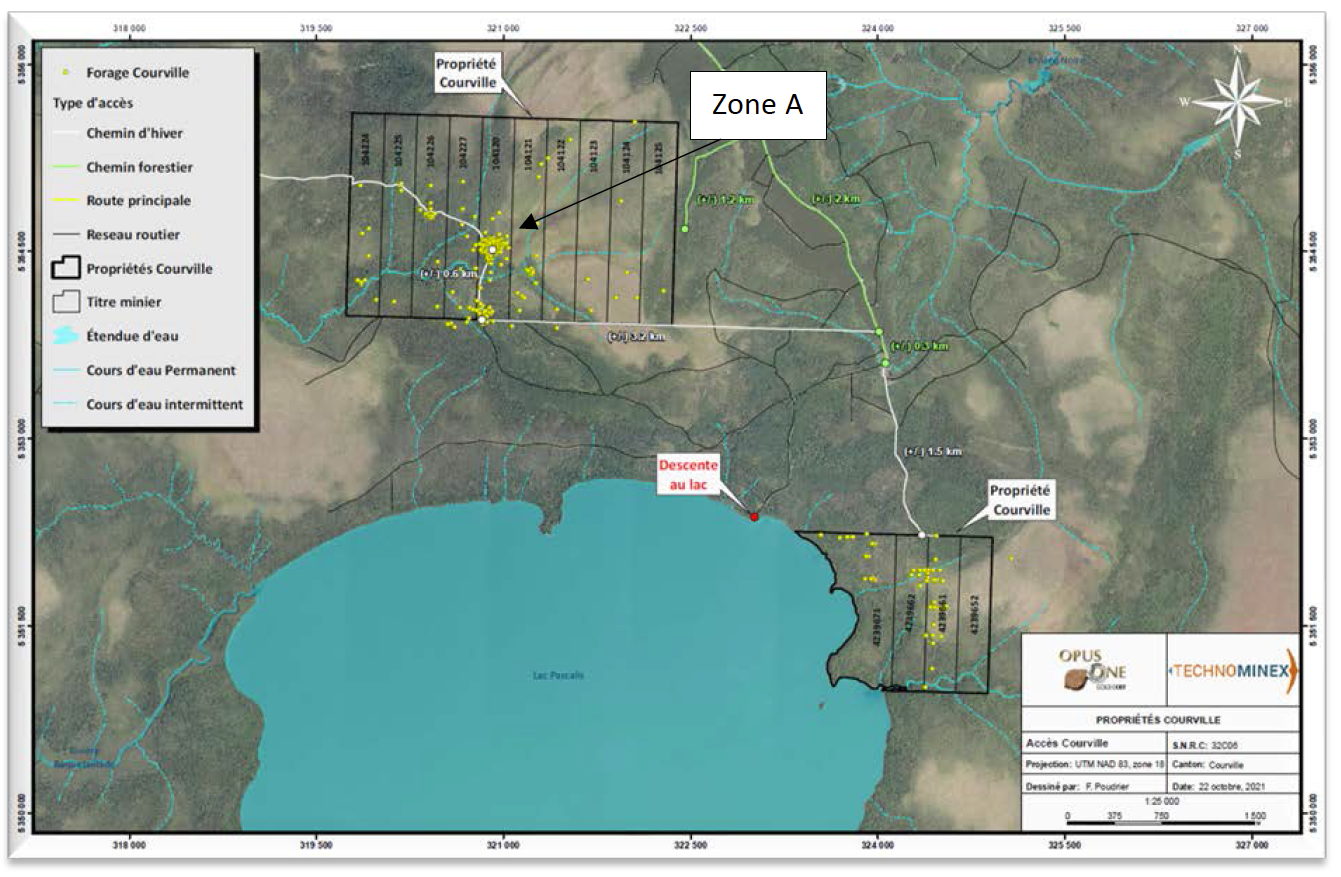 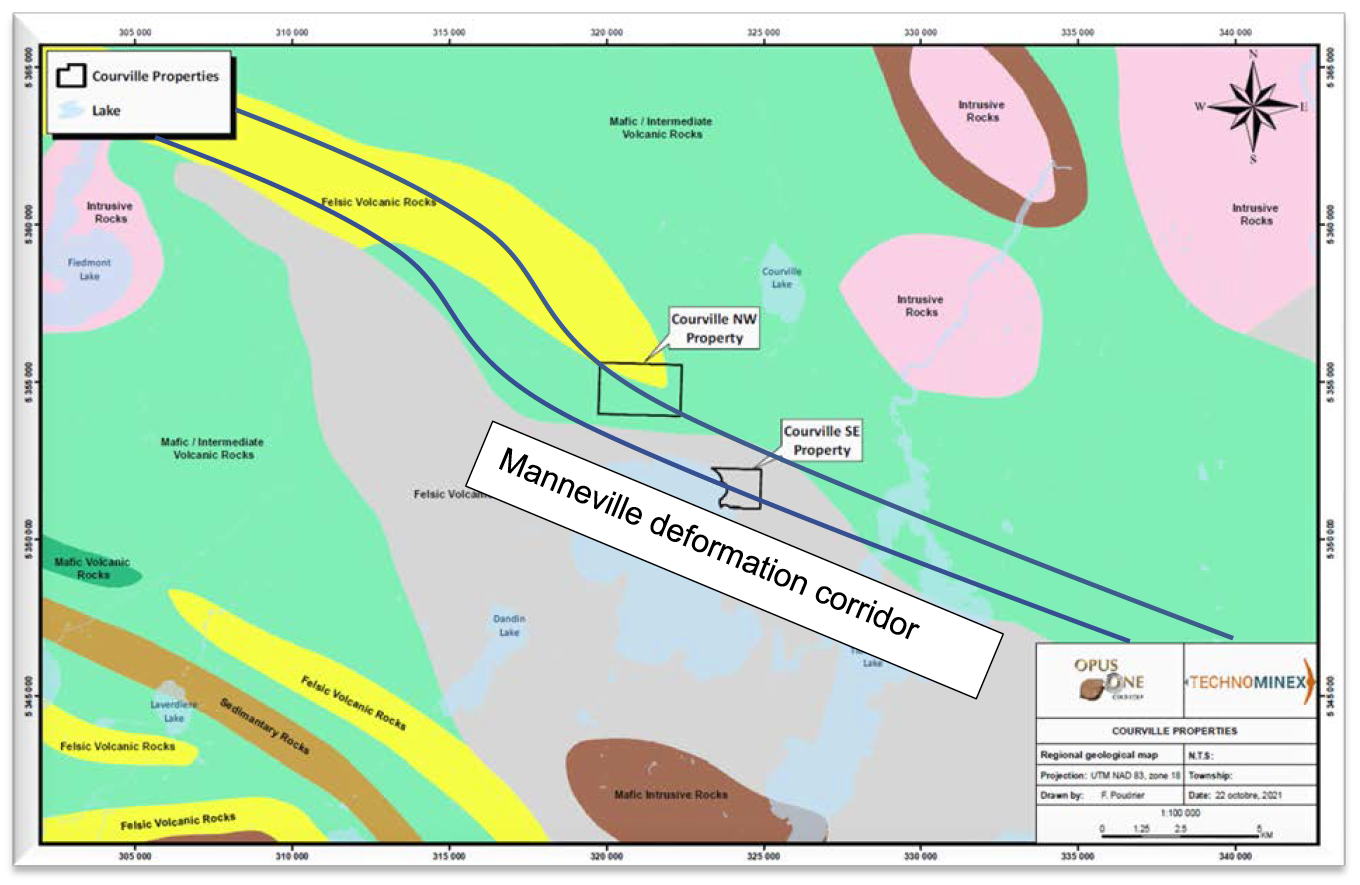