Opus One finds gold grades of 5.6 g/t over 1.4m and 6.3 g/t over 0.8m on vein no-3, Kellar Area, Grizzly property near Chibougamau-Chapais, Quebec, Canada

MONTREAL, QC – OPUS ONE Resources Inc. (the “Company” or “OPUS ONE”) – (TSX Venture Exchange: OOR), is pleased to announce that the summer trenching program on Vein No-3 in the Kellar Lake area was successful and has returned encouraging gold grades. The Kellar area presents a system of stacked NNE and conjugate EW gold bearing structures. The 2017 trenching program was designed to expose the East West trending Vein No-3, discovered during the 2016 fall trenching program. Mechanical stripping was carried out over Vein No-3 to expose the maximum length of the vein. Over 100 metres of strike length was stripped and sampled. The structure remains open in all directions.

The vein varied in width from 0.2 to over 2.0 metres including the mineralised and silicified contact zone. It consists of quartz and carbonate with minor tourmaline and sulfides (up to 5% pyrite and local chalcopyrite). The vein strikes East-West and dips to the South at approximately 55 degrees. The host rock is strongly altered (mostly carbonate and silica) massive and pillowed basalt flows. Channel samples were taken at 3 to 5 metre intervals across the mineralised zone, where ever possible. The full width of the zone was not always accessible for channel sampling. The following table is a summary of the best individual or composite assay results from over 35 channels totaling 98 individual samples oriented perpendicular to strike:

A table with complete assay results, location maps and detailed trench maps can be found here.

Vein No-3 and structure was lost both to the East and West due to thick overburden; however the IP survey carried out in 2016 did show continuity and other similar parallel EW and NNE anomalies. Best grades and thicknesses were observed at the East end of the trench. Follow up exploration toward the East is planned for the next phase in 2018, consisting of diamond drilling over the best geological and geophysical targets in the Kellar area.

Other trenches were also completed over historical showings Vein No-2 and ‘Kill’. However, no significant results were obtained from these trenches.

HISTORY OF THE KELLAR SHOWING

Kellar showing was discovered in 1936 by George E. Kellar a prospector working for Prospector Airways. They reported finding visible gold and traced a NNE quartz vein by digging small pits for a distance of 1,600 feet. Work was abandoned due to the project’s remoteness at the time. However, work resumed on the property after a road was built to Chibougamau to service the mines in the area. The property became accessible by a short float plane flight from a base at Cache Lake. According to historical reports from SIGEOM public database, in the early fifties, several pits were cleaned and resampled which returned grab sample results varying from 3.4 to 23.8 g/t Au. A small portable drill was then brought-in to test the vein at depth. A number of companies returned over the years to resample the old trenches reporting similar results. This was then followed by a wide spaced IP survey that was carried out over the main showing area. It identified the No-1 vein structure and several other parallel anomalies which may indicate a stacked vein system. A limited drilling program with small diameter core tested the coincident IP anomaly / Vein No-1 structure in the early eighties with mitigated results.

In 2016, GFK Resources (Now Opus One Resources) completed a 460 metres trench over Vein No-1, discovered Vein No-3 and completed a 100 m spacing IP survey over the entire Kellar area. The area was then prospected last summer and mechanical stripping program followed up over best sub-cropping area coincident or nearby IP anomalies.

Mr. Louis Morin, CEO, states: “This first phase of exploration on the recently discovered Vein No-3 generated encouraging results with coherent grades over narrow distance. We expect better thicknesses toward East but it was unfortunately impossible to expose the structure. We look forward for our next winter drill program to unveil the potential of this area as well as other high priority targets on this promising property.”

Grizzly is a gold property which consists of 142 mining claims covering an area of 7,765 hectares located approximately 40 kilometers northwest of the town of Chapais, accessible via a good network of logging roads. The area is underlain by rocks of Archean age of the Gilman and La Trève formations. The property contains more than 10 historical gold showings and occurrences associated with EW and NNE trends with grades varying from 1 g/t to up to 46 g/t. Very limited exploration work such as basic prospecting, mechanical trenching and shallow drilling was done over the property

Samples collected during the 2017 fall exploration program were dispatched from Chapais to Laboratoire Expert Rouyn-Noranda for processing. Standard and blank QA-QC samples were introduced in the sample series at regular intervals in the field. All samples were processed according to Laboratoire Expert’s internal quality control procedures. They were analysed following standard pyro-analyses technics “Fire Assay-Atomic Absorption”. Samples which returned values equal or greater than 5.0 g/t were reanalysed by gravimetric method.

About OPUS ONE Resources Inc.

Opus One Resources Inc. is a mining exploration company focused on discovering high quality gold and base metals deposits within strategically located properties in proven mining camps, sometimes close to existing mines in the Abitibi Greenstone Belt, north-western Quebec and north-eastern Ontario – one of the most prolific gold mining areas in the world. Opus One holds assets in Val-d’Or, Matagami and Chibougamau areas. Bachelor Extension property is adjacent to Metanor Resources Inc.- Bachelor Gold Mine, Vezza Extension and Vezza North are located few kilometers West and North of Nottaway Resources Vezza Mine. Courvillle property is located east of Val D’Or.

In addition, Opus One has also optioned three properties, all easily accessible by a network of all season roads: Fecteau property, located in the Urban-Barry greenstone belt, east of Osisko Mining’s Windfall Lake deposit, currently one of the most active exploration area in Canada; Winwin property, located directly North of Iamgold’s Monster Lake property, and the Grizzly property, located 40 kilometers north-west of the city of Chapais in a similar geological setting to Northern Superior’s Croteau East project.

Tony Brisson, P. Geo and director of Opus One, acts as a Qualified Person as defined in National Instrument 43-101 and has reviewed and approved the technical information in this press release.

This news release contains statements that may constitute “forward-looking information” within the meaning of applicable Canadian securities legislation. Forward-looking information may include, among others, statements regarding the future plans, costs, objectives or performance of OPUS ONE, or the assumptions underlying any of the foregoing. In this news release, words such as “may”, “would”, “could”, “will”, “likely”, “believe”, “expect”, “anticipate”, “intend”, “plan”, “estimate” and similar words and the negative form thereof are used to identify forward-looking statements. Forward-looking statements should not be read as guarantees of future performance or results, and will not necessarily be accurate indications of whether, or the times at or by which, such future performance will be achieved. No assurance can be given that any events anticipated by the forward-looking information will transpire or occur, including the development of the Grizzly Property, or if any of them do so, what benefits OPUS ONE will derive. Forward-looking information are based on information available at the time and/or management’s good-faith belief with respect to future events and are subject to known or unknown risks, uncertainties, assumptions and other unpredictable factors, many of which are beyond OPUS ONE Resources Inc.’ control. These risks, uncertainties and assumptions include, but are not limited to, those described under “Risk Factors” in OPUS ONE’s management discussion and analysis for the year ended August 31, 2016, a copy of which is available on SEDAR at www.sedar.com, and could cause actual events or results to differ materially from those projected in any forward-looking statements. OPUS ONE does not intend, nor does OPUS ONE undertake any obligation, to update or revise any forward-looking information contained in this news release to reflect subsequent information, events or circumstances or otherwise, except if required by applicable laws. 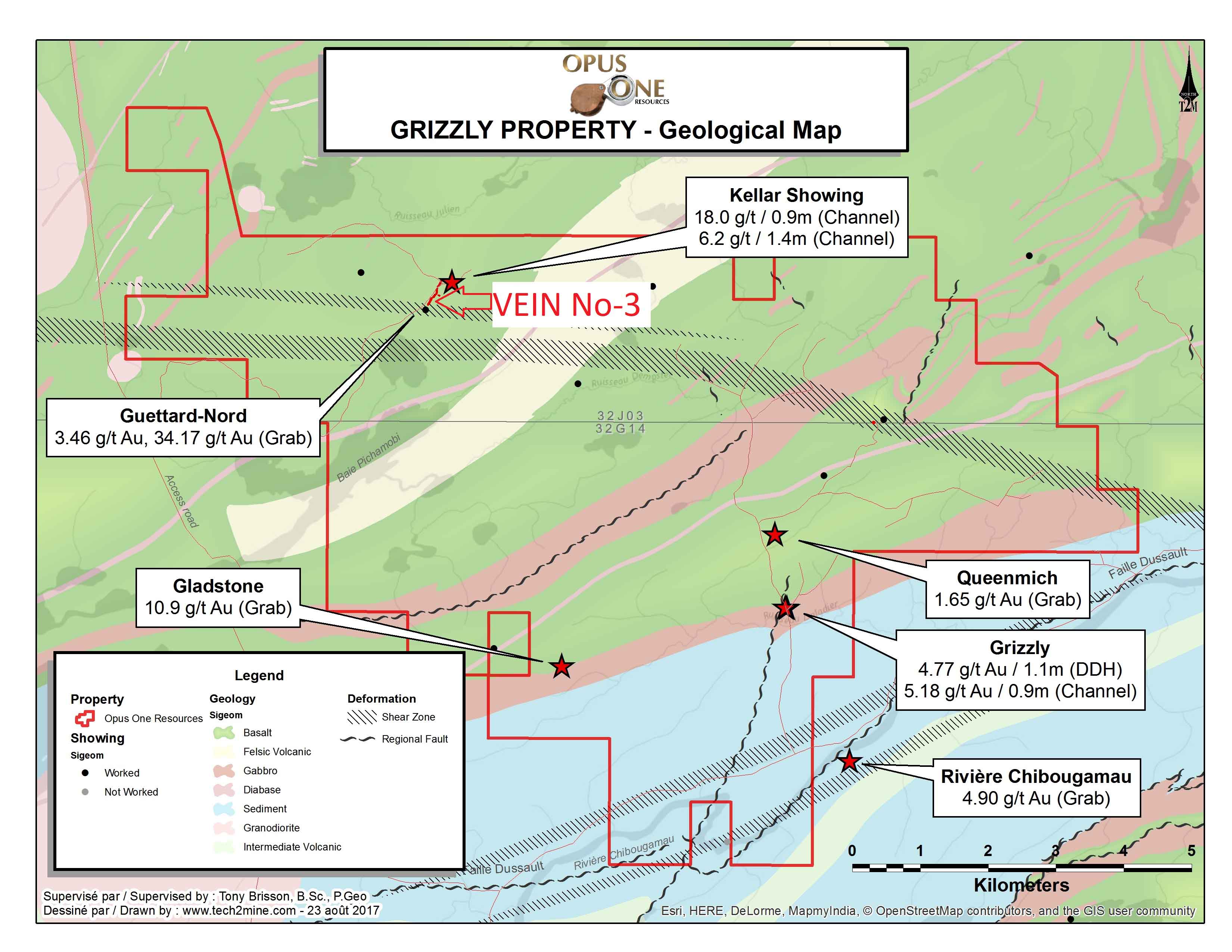 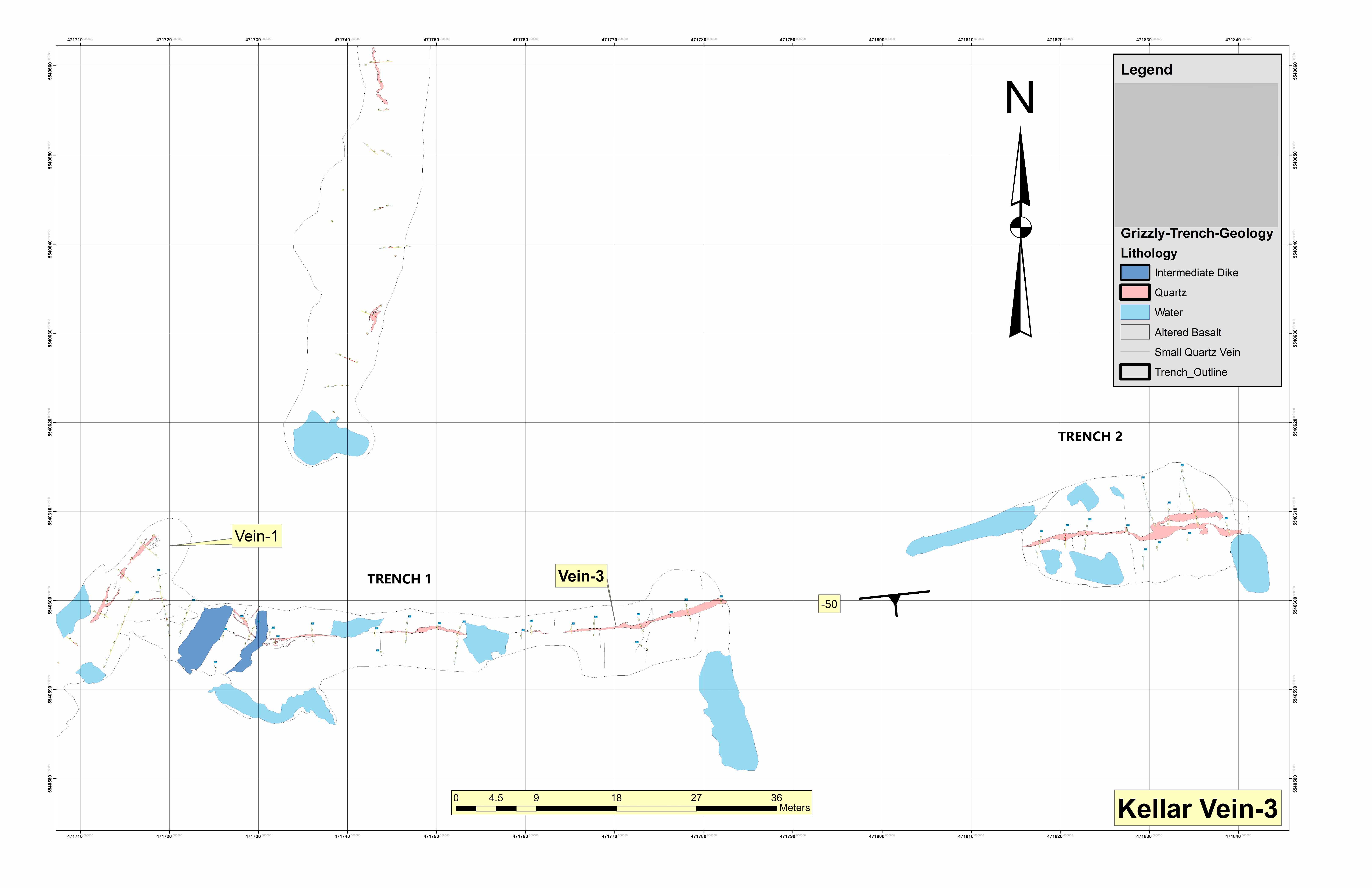