MONTREAL, Jan. 27, 2021 – Opus One Gold Corporation Inc. (OOR: TSXV) (“Opus One Gold” or the “Company”), a mining exploration company focused on exploring high quality gold and base metal assets in accessible areas is pleased to announce that a drill has been mobilized on its Noyell Gold project located 25 km south of the town of Matagami, Abitibi, Quebec.

The target area consists of a poorly explored portion of the Casa-Berardi-Douay-Cameron deformation zone which hosts the Casa Berardi gold mine and the Vezza Gold Mine (past producer). The Noyell property is located 10 km to the east of the Vezza gold Mine, in the same geological environment.

Gold was first discovered by Cominco in 1988 on the property. Results were quite interesting, but as at that time it was a tough market for mining companies, the project was then optioned to Soquem, the mining branch of Quebec government. Soquem carried out some more drilling in the mid-90’s and also obtained notable results. The project was optioned to Normabec, then First Gold Exploration in 2006. A drilling program performed in 2007 again returned significant gold intervals which did not pass unnoticed by the geologist in charge of the project at the time (Pierre O’Dowd). In 2019, Mr. O’Dowd convinced Opus One Gold to acquire the Noyell project. Soon after, in 2020, drilling delivered the best interval ever cut on the property. This winter’s drilling program will follow-up on these excellent results.

After a short delay due to warmer weather than usual in Abitibi, a drill rig was finally mobilized on the Noyell project where a 5,000 metre drilling program should be completed before the end of this winter. Eight holes will investigate the 2020 discovery area (hole NO-20-02: 7.96 g/t Au over 3.7 m) while 5 holes will test IP anomalies located from 0.5 to 3 km east of drill hole NO-20-02. These geophysical anomalies are found directly along the eastern extensions of the known gold mineralization and indicate the presence of substantial sulphide minerals (Pyrrhotite, pyrite, arsenopyrite). In known gold bearing drilling intervals, the gold is directly associated with these minerals. This portion of the Noyell property is virtually devoid of past drilling.

We would like to announce Mr. Tony Brisson’s resignation form the board as a director of Opus One Gold Corporation. Mr. Brisson had to resign from our board, following his nomination as President and CEO of Soquem, the Quebec government mining branch. We would like to thank Mr. Brisson for his continued enthusiastic support and his expertise he generously brought to Opus One Gold Corporation.

Pierre O’Dowd, P. Geo, [Independent Consulting geologist] acts as a Qualified Person as defined in National Instrument 43-101- Standards of Disclosure for Mineral Projects and has reviewed and approved the technical information in this press release. 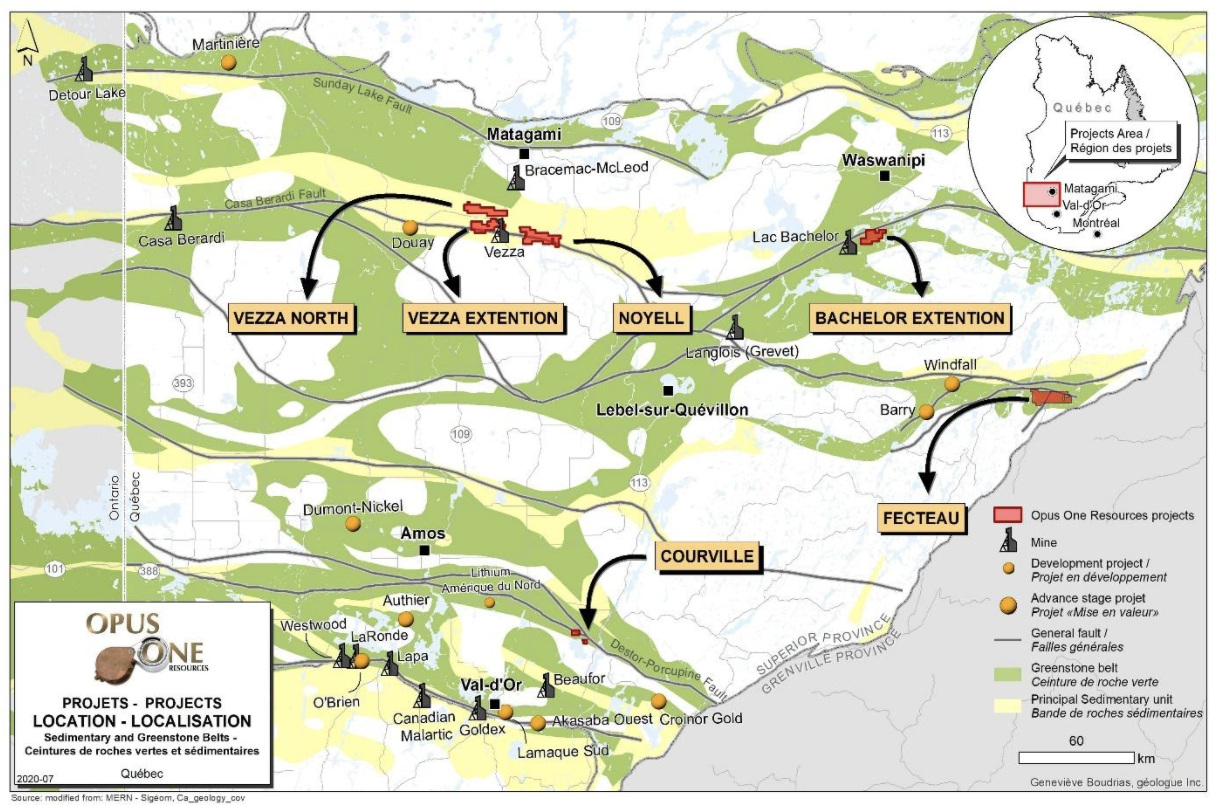 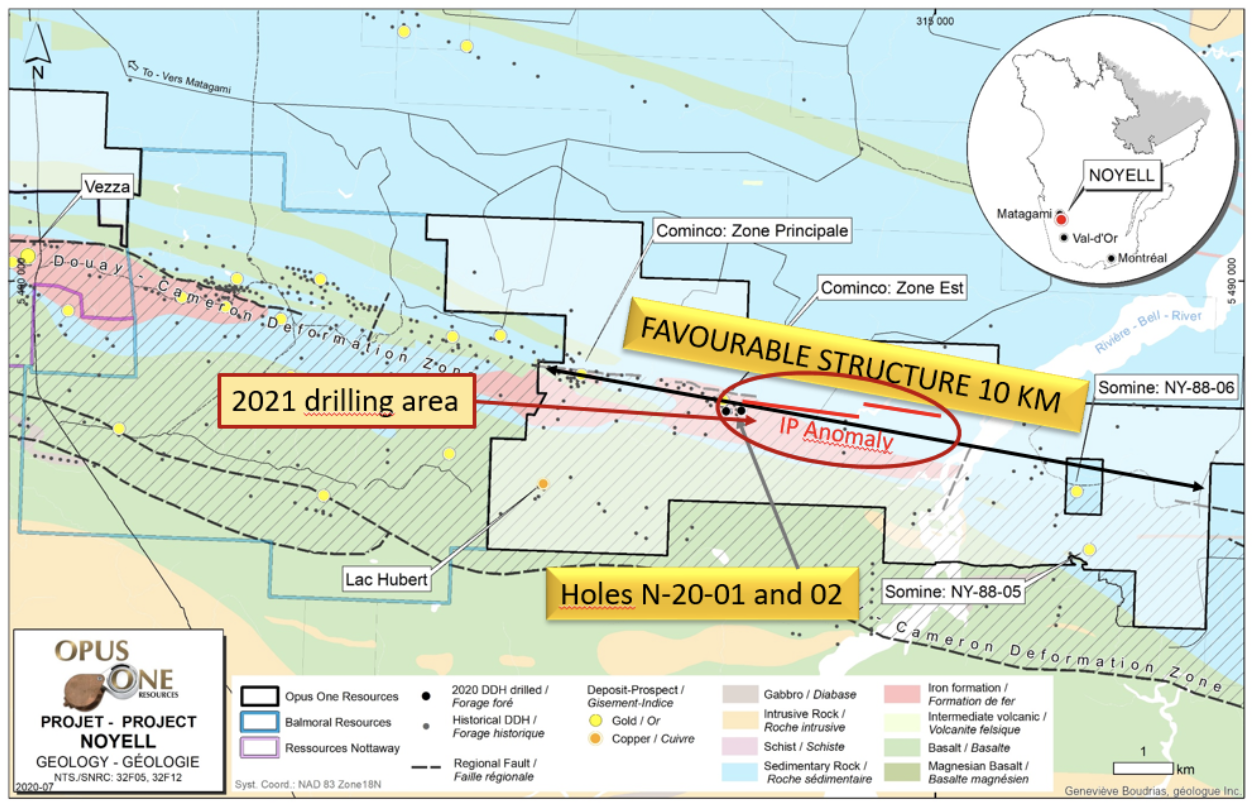